Much has been made of deposit flight from peripheral countries as a way of explaining why banks in those countries have come under pressure.  In the past year in Italy domestic deposits have actually risen as a % of total liabilities, while deposits from other non-domestic sources have declined (charts are mine data is from Bank of Italy). 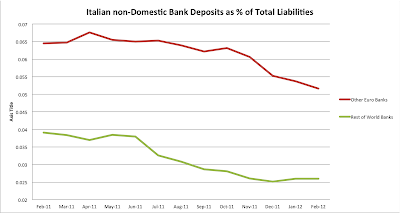 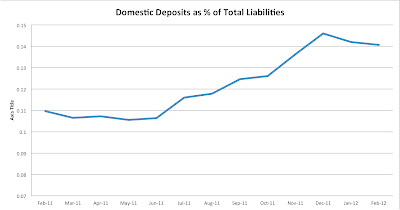 The ECB tells a similar story with the following chart, which depicts the overall level of non-resident deposits in French, Italian and Spanish banks along with the ratio of deposits to total assets. 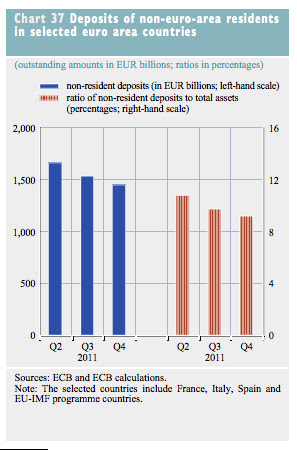 The following chart shows a rise in Italian deposit rates over the past year (chart is mine source Bank of Italy). 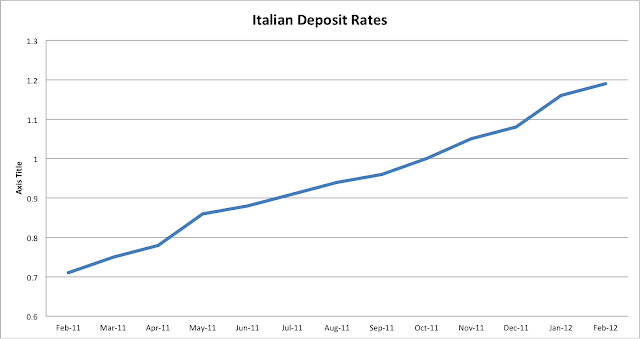 Given the stress in Italy the rise in deposit rates appears somewhat gradual and certainly not fast enough for many non domestic depositors who have fled.  Perhaps the ability to access cheap secured financing at the ECB has suckered banks into financing themselves increasingly with secured liabilities.  As it so happens, at least on a cross-border basis, the ECB is only encouraging banks to continue doing what they have been doing for the last 9 years - financing more of their non-domestic liabilities via secured borrowing.  The following chart shows money-market transactions with non-domestic counterparties in the Euro-area since 2002. 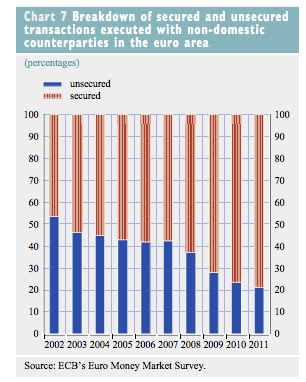