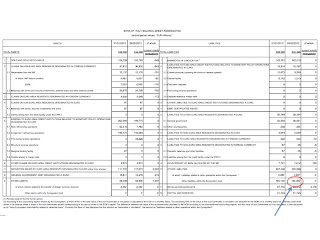 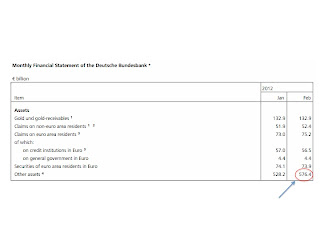 ECB Liquidity - How Large is the Subsidy? 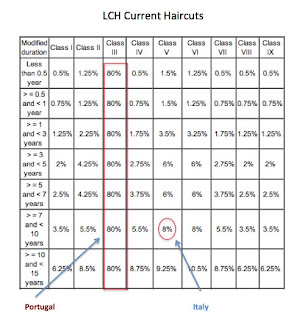 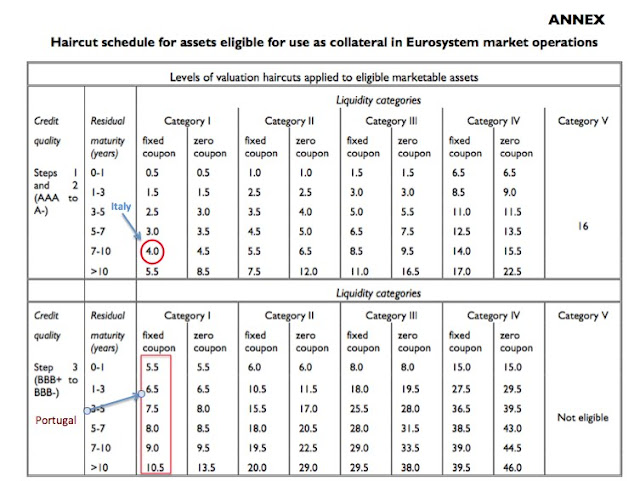 The ECB's LTRO can be compared to market repo to estimate the subsidy the ECB is providing to banks.  For example, a 7-10 year Italian bond gets haircut 4% at the ECB vs 8% at LCH.

But a bigger subsidy exists for Portuguese bonds (normally the ECB does not permit sub investment grade collateral, but they waived this requirement for Portugal in July: http://www.ecb.int/press/govcdec/otherdec/2011/html/gc110722.en.html). At LCH those are haircut 80%; at the ECB the haircuts depend on the length, but at the ECB a 2 year Portuguese bond has a haircut of just 6.5%

The Governing Council of the European Central Bank (ECB) has acknowledged the activation of the buy back scheme, provided to underpin the quality of marketable debt instruments issued or fully guaranteed by the Hellenic Republic. In light of this, the Governing Council has decided that the aforementioned debt instruments will be again accepted as collateral in Eurosystem credit operations, without applying the minimum credit rating threshold for collateral eligibility until further notice.
This buy back scheme has been agreed by the Heads of State or Government of the euro area on  21 July 2011 and confirmed on 26 October 2011, together with a number of other measures aimed at assisting Greece in its adjustment programme. The scheme is backed up by bonds issued by the European Financial Stability Facility with a nominal value of €35 billion.
Posted by Unknown at 12:12 PM No comments: 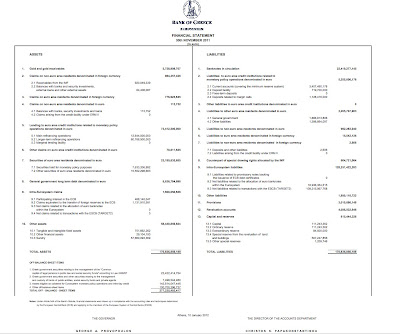 Does anyone know why Greece's Central Bank has not published a monthly balance sheet since November 2011?

Posted by Unknown at 5:12 PM No comments: 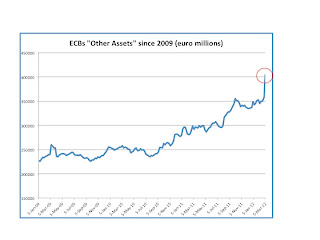 While most are focused on LTRO, an operation governed (mainly) by the ECB's "Single List" subject to generally standardized rules, another item on the ECB's balance sheet gets less attention. The ECB's definition of "Other Assets" is rather opaque and can be found here (http://www.ecb.int/press/pr/wfs/html/wfs-userguide.en.html), but its recent growth is likely due to the ECB's Emergency Liquidity Assistance (ELA) program. In its last weekly financial statement the ECB disclosed that "Other Assets" had grown by over 46 billion euros. This might have something to do with the ECB no longer accepting Greek sovereign bonds as collateral via its normal monetary policy operations see here (http://www.ecb.int/press/pr/date/2012/html/pr120228.en.html). Instead the Greek NCB probably shifted these loans and the collateral backing them into its "sundry/other assets" item prompting a corresponding adjustment on the ECB's Eurosystem balance sheet. But the increased usage of the Emergency Liquidity Assistance raises a number of questions -- for instance, what is the value of collateral held against Emergency Liquidity Assistance credit lent to banks in Greece & Ireland?

Another thought - since the 46 billion most likely came from the ECB's "Longer term refinancing operations" or perhaps its "Main refinancing operations" this impacts the calculation of liquidity added by the February 3-year LTRO which has been estimated at 311 billion (http://online.wsj.com/article/SB10001424052970203986604577252803223310964.html) - but taking this shift of Greek sovereign collateral into effect the net new funding from the three year is probably be closer to 357 billion.