With data through the third quarter of 2012 the trend remains the same - French and German banks continue reducing exposure to Spain and Italy.  As a reminder - Data is from the BIS consolidated banking statistics table 9D which shows exposure on an ultimate risk basis.  The value is reported in dollars but it includes claims in all currencies. 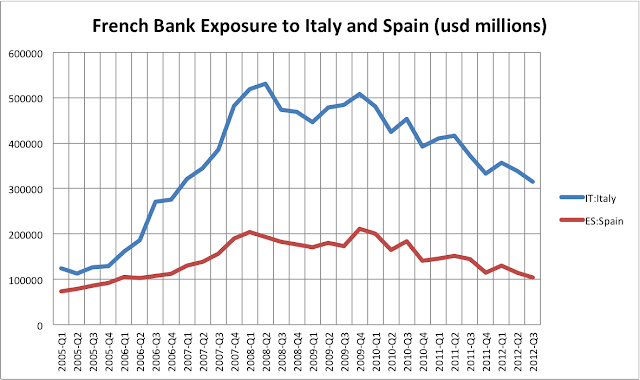 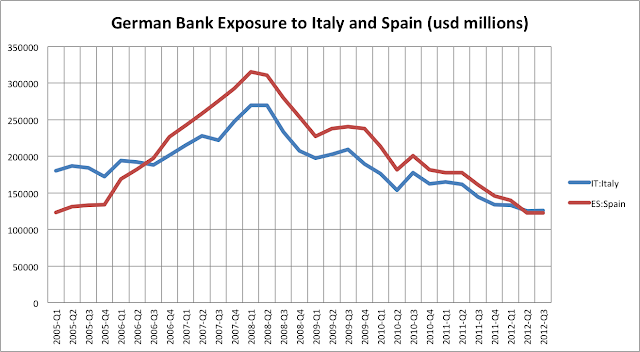 A slightly longer time series and an update on BIS data through the first quarter of 2012.  Two takeaways: 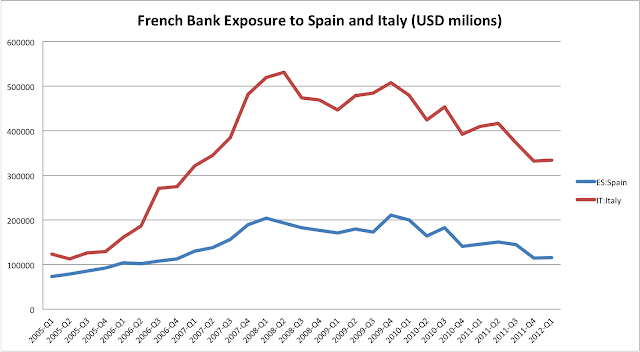 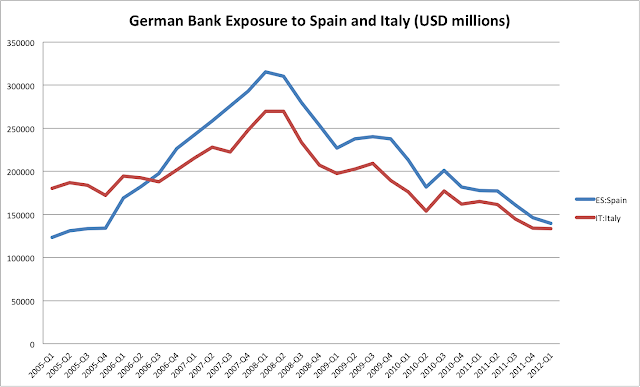 Data is from the BIS - exposure data shows consolidated holdings (reported in $) of French and German banking sectors to Italian and Spain debt (both public and private).  As one example of the reduction in foreign exposure, French banks reduced their exposure to Italian borrowers by $175 billion between year end 2009 and year end 2011 which represented a 34.5% reduction.   Another interesting detail is just how large the French banking sectors' exposure was and remains to Italy in comparison to Spain.  French banks held $332 billion in claims against Italian borrowers at the end of 2011 vs. claims of only $114 billion against Spanish borrowers.   At the same time, German banks held claims of $146 billion against Spanish borrowers and $134 billion against Italian borrowers. 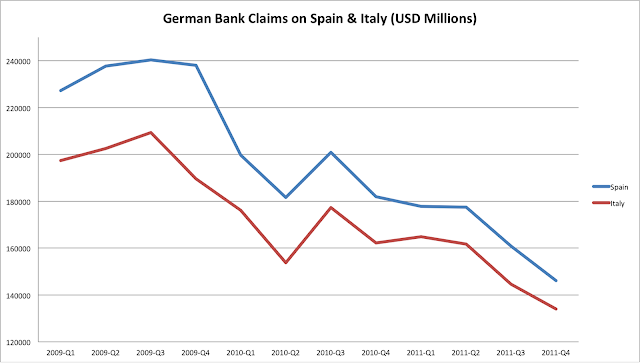