In his November 26 speech to the Hyman P. Minsky Conference in Berlin, ECB Executive Board Member Peter Praet said that the Eurosystem's collateral framework lets the private market decide which assets to post as collateral.  In contrast with the Fed's asset purchases, he argues, Eurosystem refinancing operations do not favor certain assets over others.

Asset purchases directly create scarcity in the instrument being purchased. This exerts an upward pressure on prices, and, through portfolio rebalancing effects, may also affect the prices of other assets. However, direct asset purchases involve a difficult choice for the central bank: it must take a decision on which assets to buy, necessarily interfering with relative asset prices and income distribution.

Collateralised lending involves such decision only at the level of the definition of the collateral and its eligibility conditions. This can also influence the prices of collateral, but the role of selecting which assets to buy or sell is essentially “outsourced” to the banking system, that is, to many private agents. Hence, collateralised lending leaves the price discovery process and the allocation of savings to market mechanisms.

Praet's description minimizes the Eurosystem's role in favoring certain assets over others.   The Eurosystem expresses a variety of preferences in the selection process for collateral.  Many of these preferences, expressed by the size of haircuts, may be similar to the private market.  But as the Euro area has seen increased volatility in its sovereign debt markets a haircut gap with the private market have emerged. 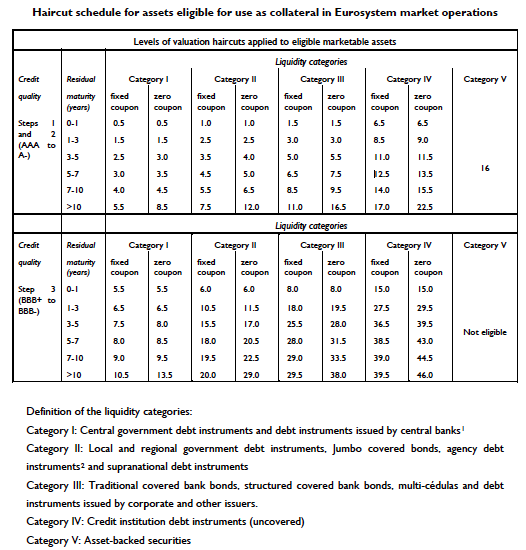 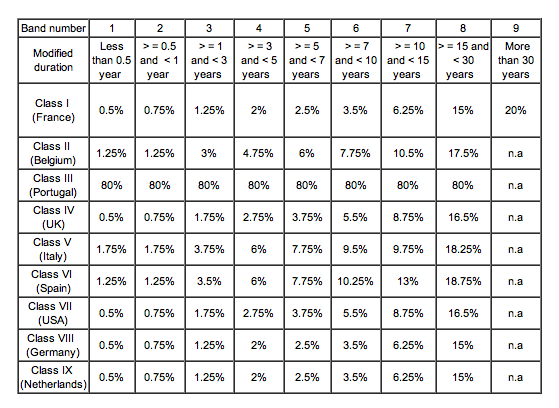